The Case For Gold and Bitcoin - pt. 4

This is the final chapter of my 4 part series. The other posts can be found here:

Scarcity in a World of Unlimited Money Printing

“We are witnessing the Great Monetary Inflation (GMI)—an unprecedented expansion of every form of money unlike anything the developed world has ever seen.“ 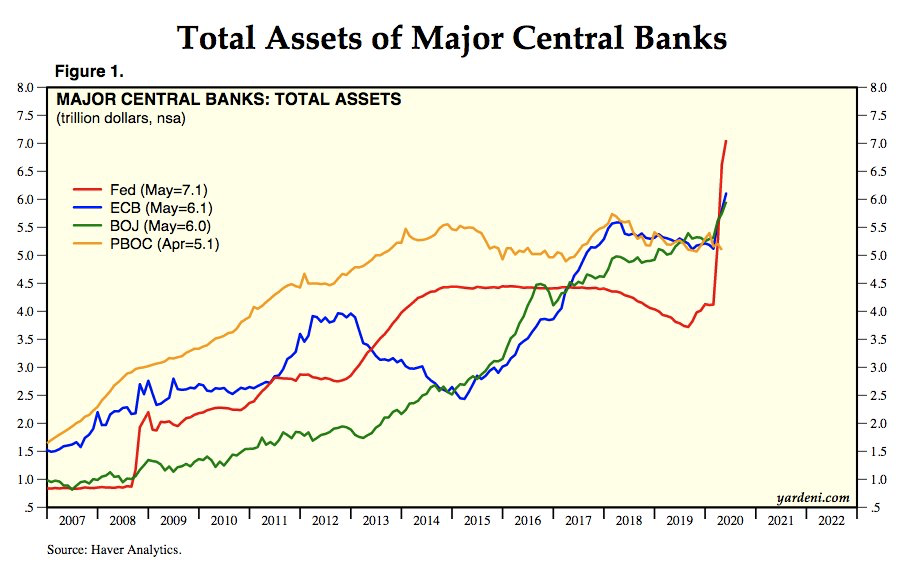 Decades of future growth was pulled forward, fueled by debt. We’re at the end of the big debt cycle, and have been in a phase of deflationary deleveraging since the global financial crises.

Central Banks have been fighting it for years. 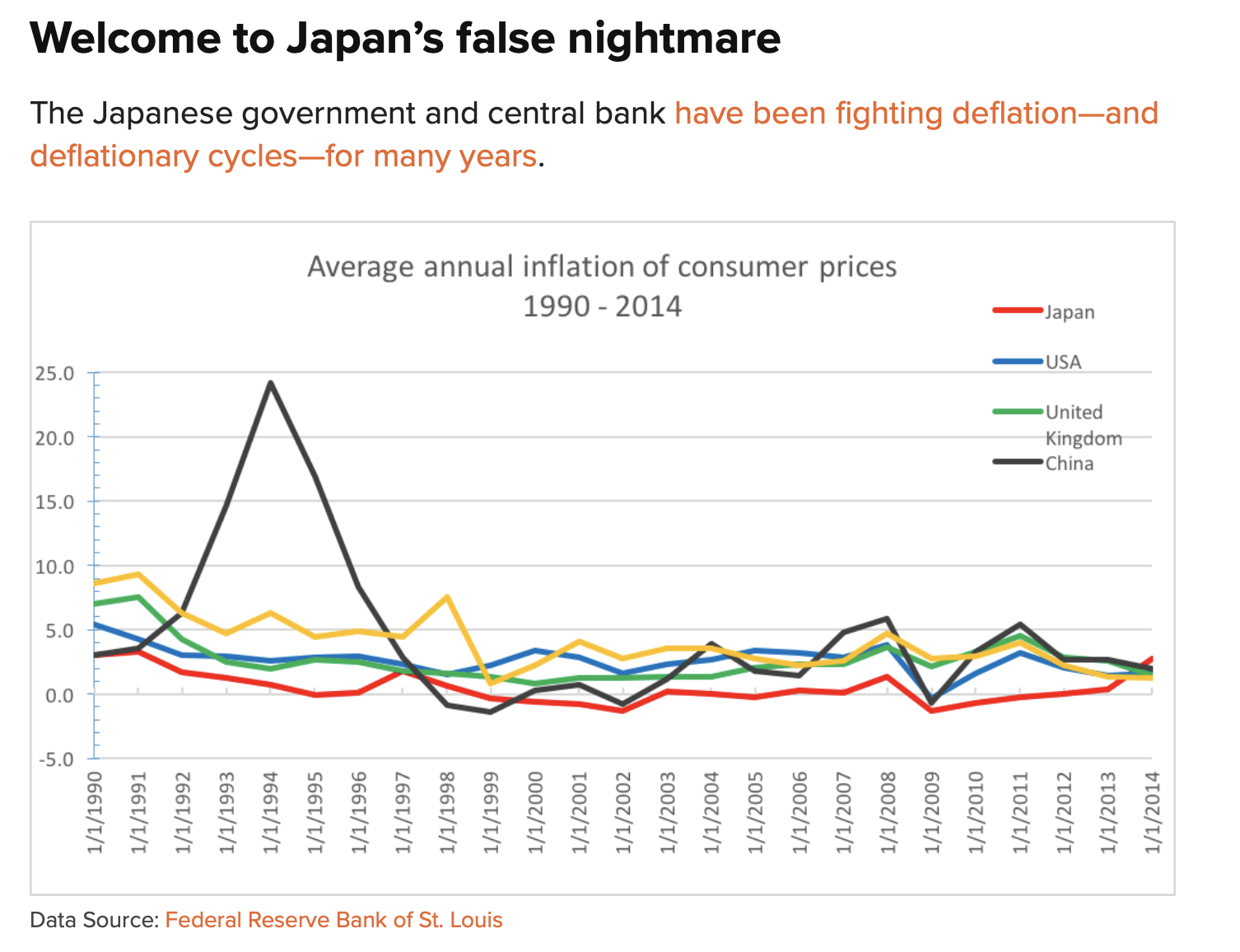 The Fed has struggled to reach its 2% inflation targets. 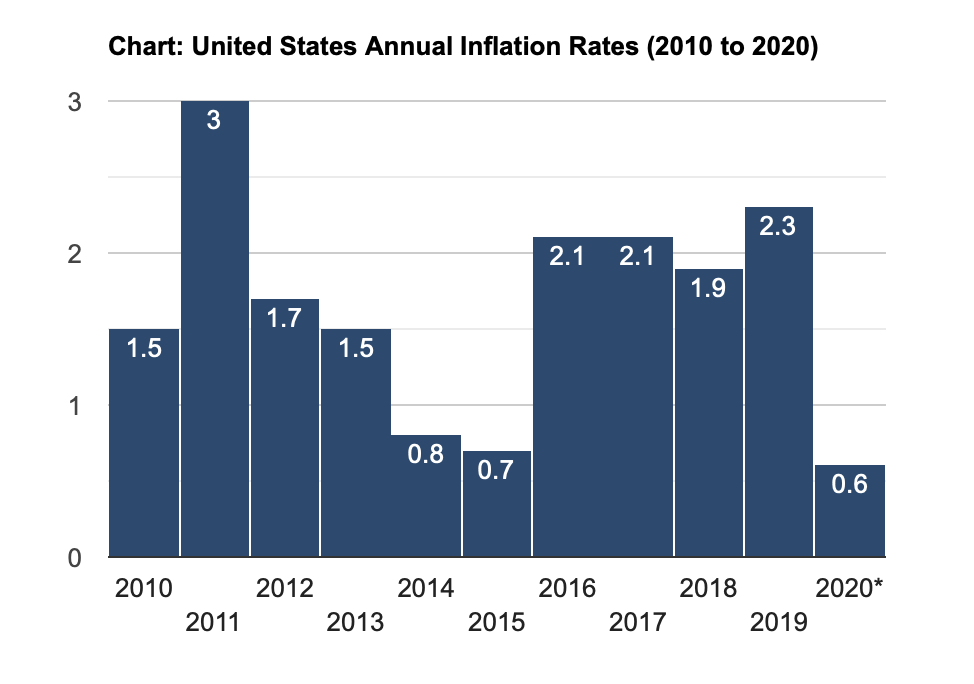 Having to print more to get the same results. 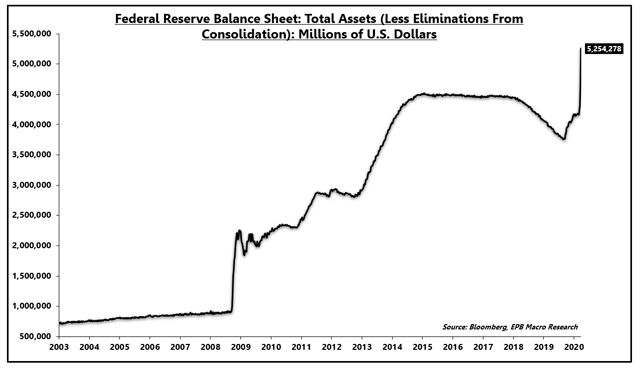 Demographics are also working against them. 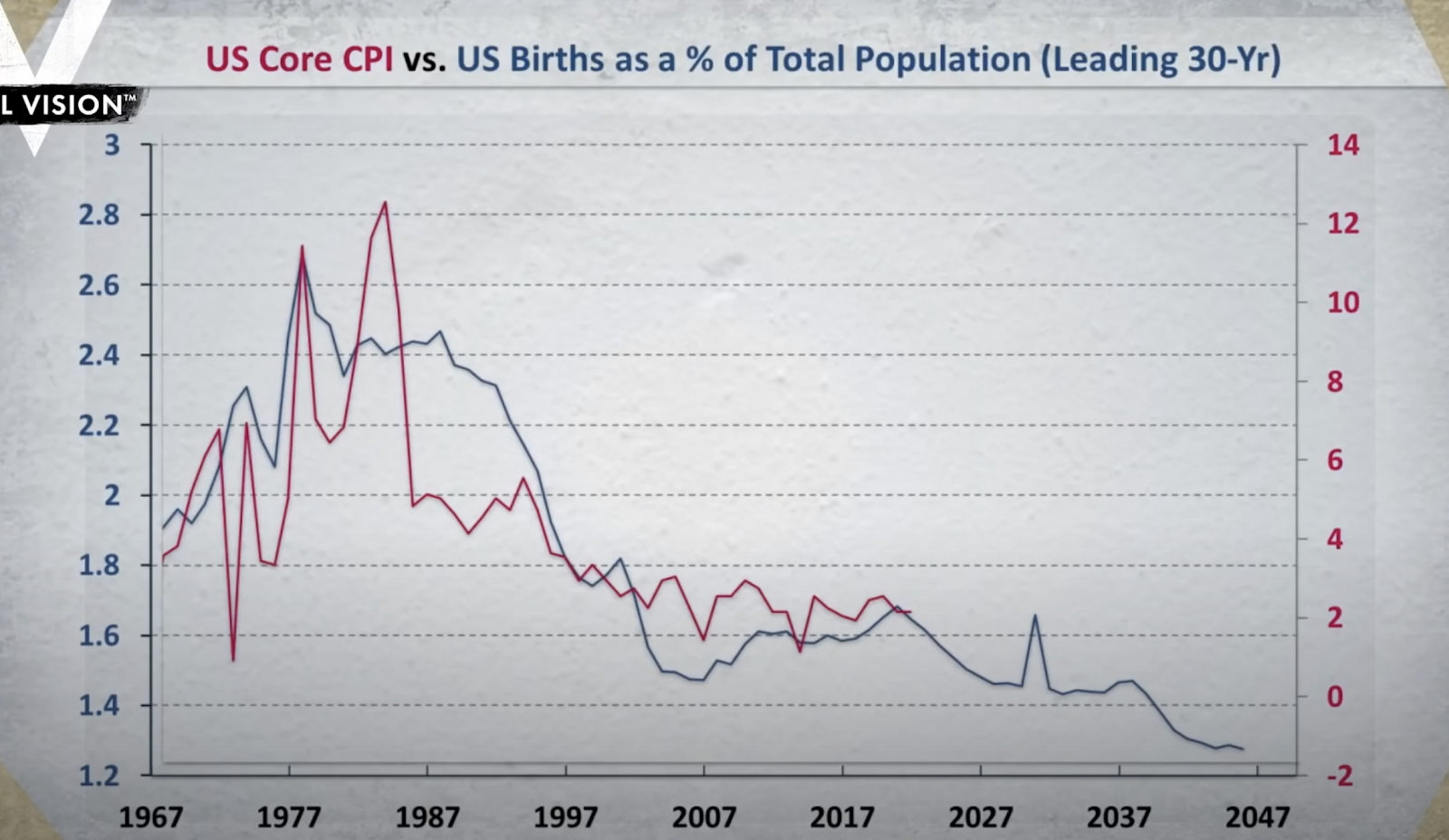 COVID19 is accelerating this trend.

And technology is supercharging it. 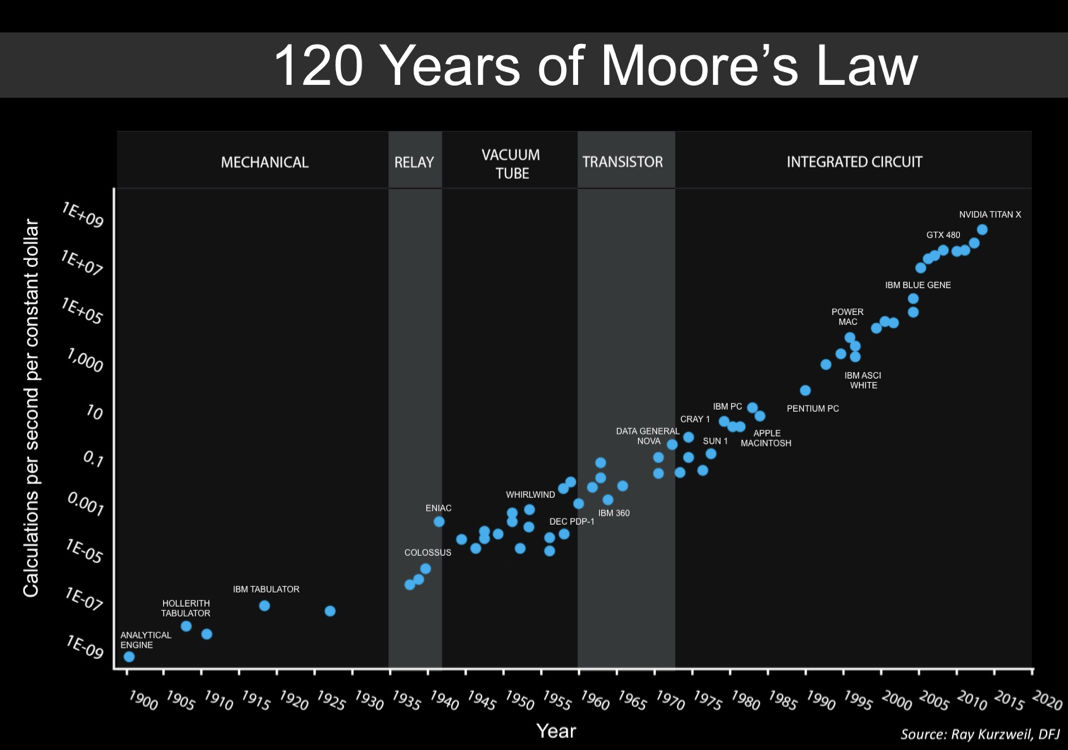 What will the government response be to these trends?

Source: iot for all - Calum McClelland 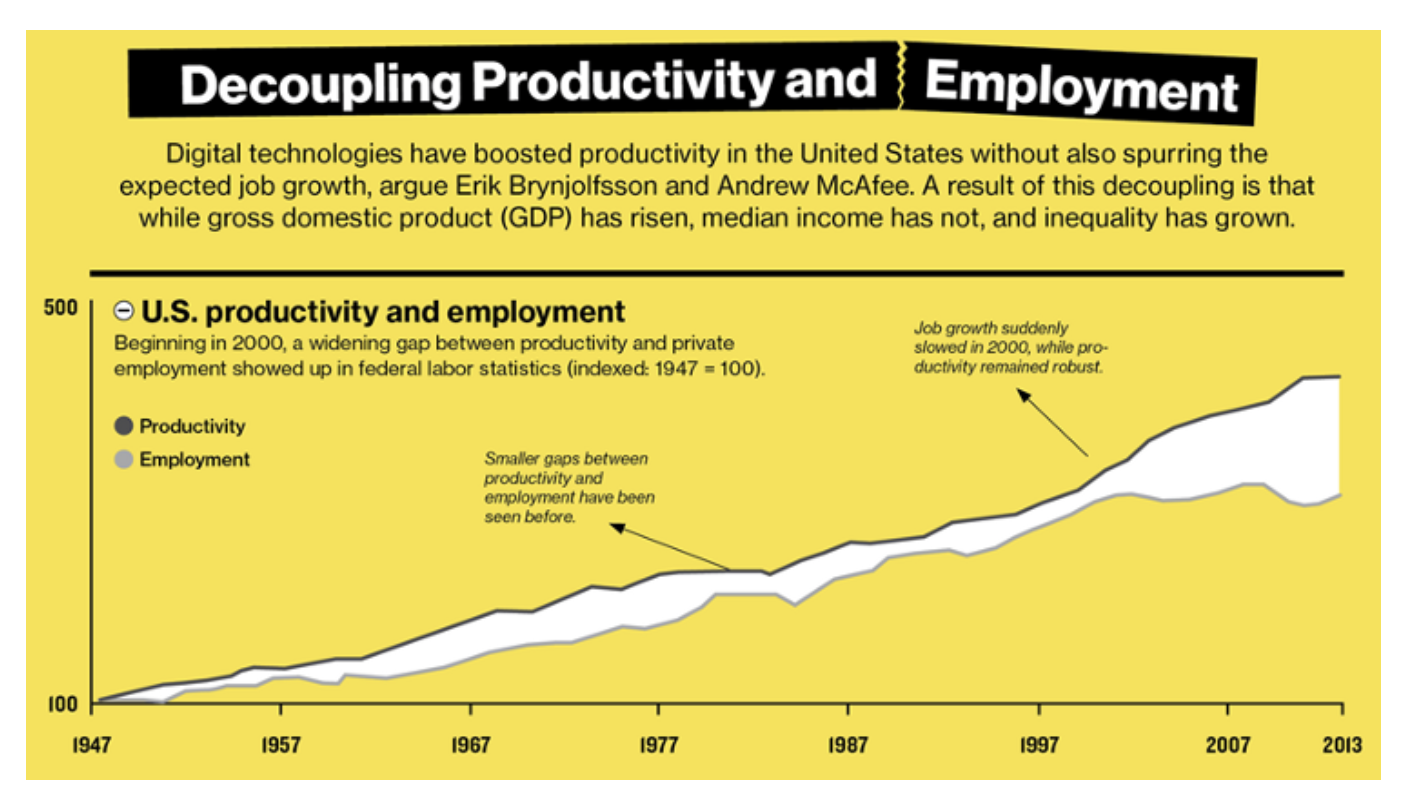 Source: iot for all - Calum McClelland

Will they change the system?

Or continue to use the same tools?

In fact, they are doubling down. 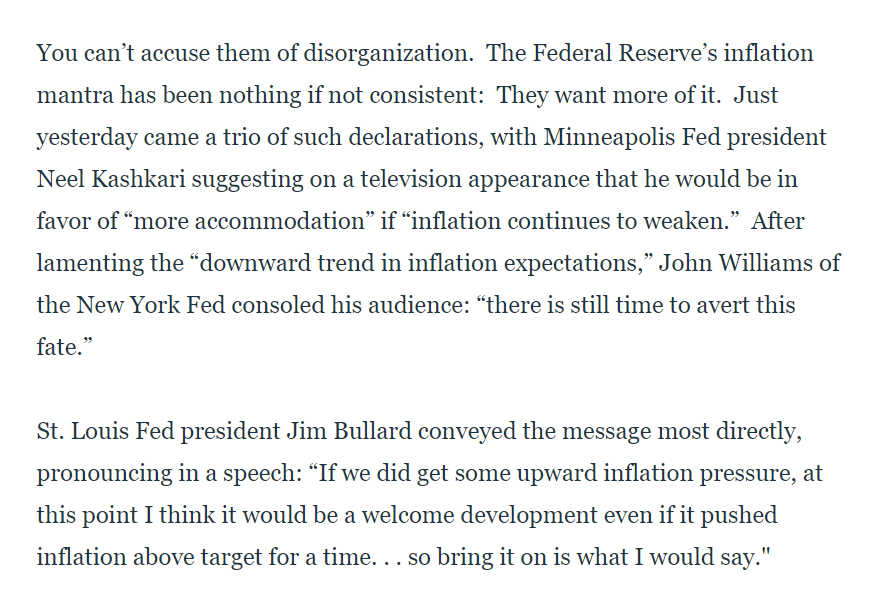 In a world of unlimited fiat, I’m investing in scarce assets. 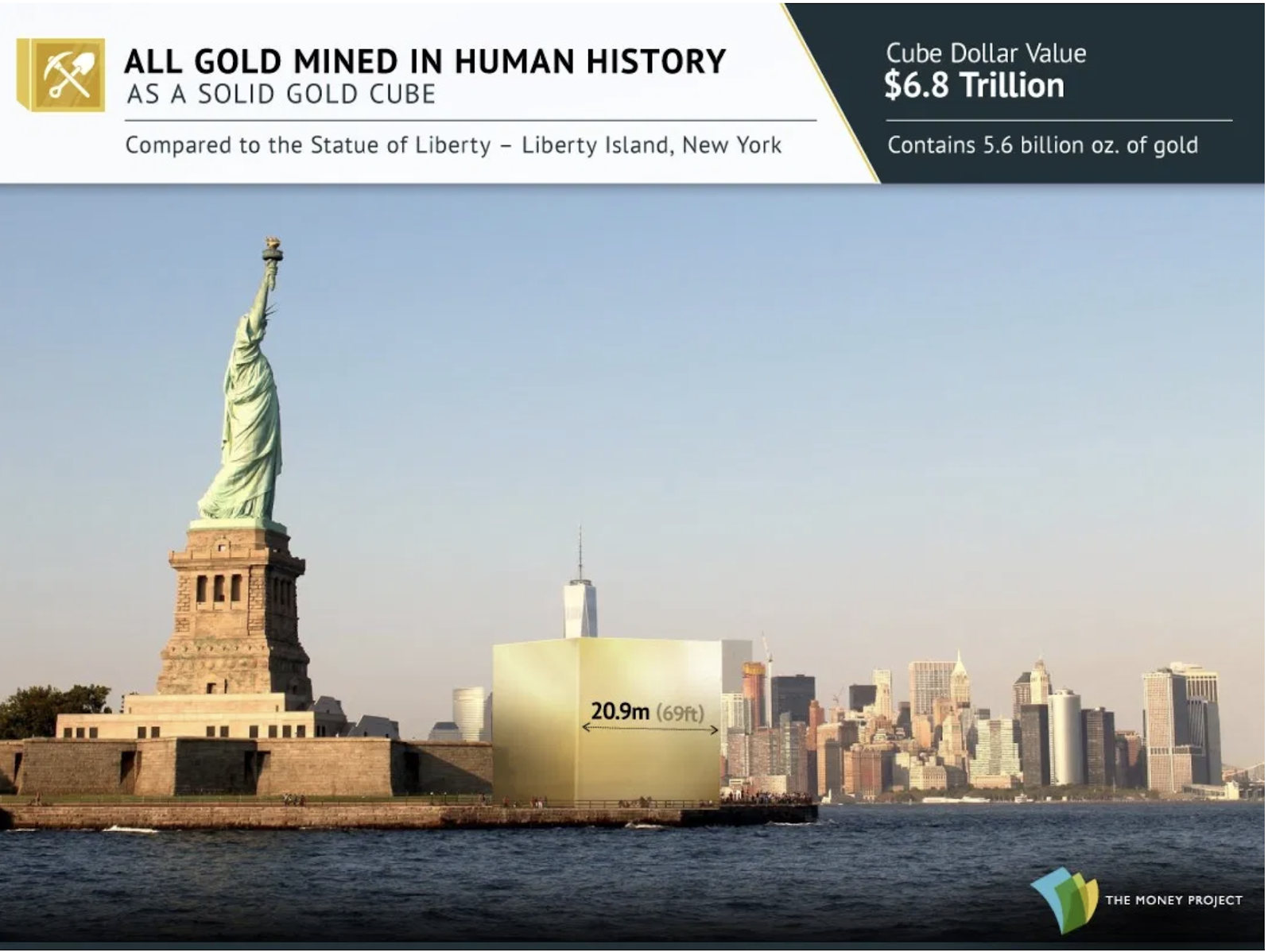 This equates to a 1.5% increase in supply of new gold each year.

The more fiat created, the higher the price of gold. 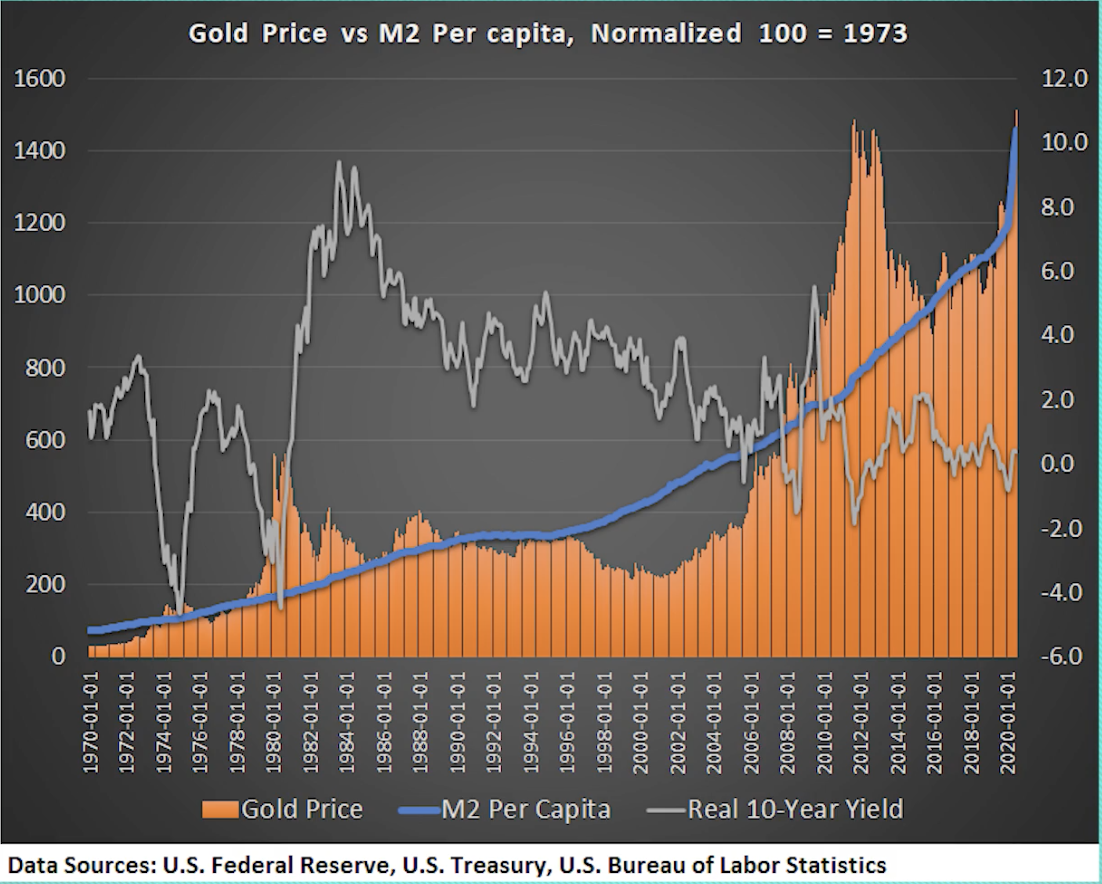 For the next 4 years, the annual increase in newly mined bitcoin is set to 1.8%. Then it will drop down to .9% and continue to be cut in half every 4 years. 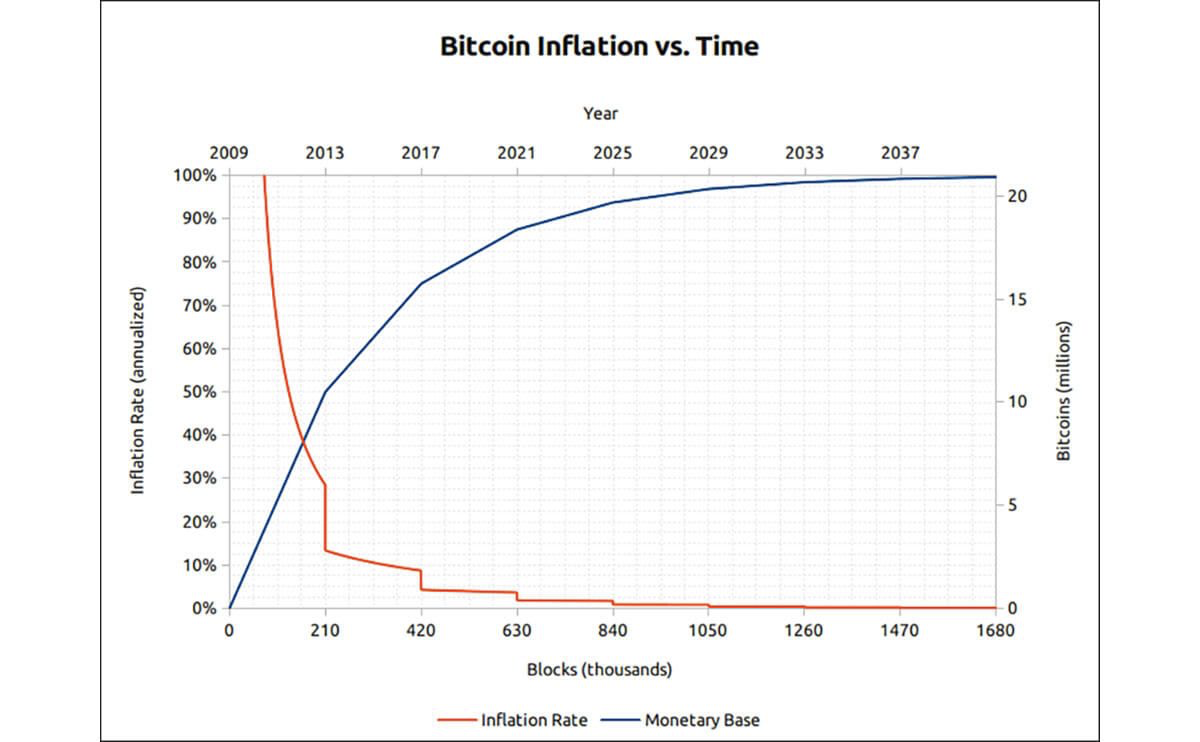 What about the Dollar? The Fed increased the money supply by over 20%… in just one quarter. 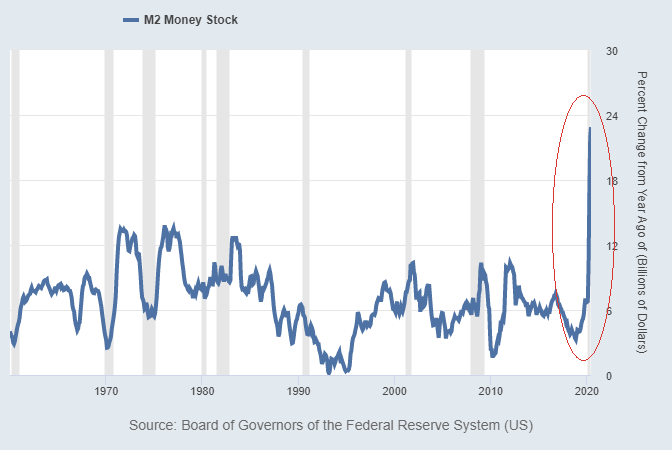 “Owning Bitcoin is a great way to defend against the GMI (Great Monetary Inflation), given the current fact set. As Satoshi Nakamoto, the anonymous creator of Bitcoin, stated in an online forum around the time he launched Bitcoin, ‘the root of the problem with conventional currency is all the trust that’s required to make it work. The central bank must be trusted not to debase the currency, but the history of fiat currencies is full of breaches of that trust.’” 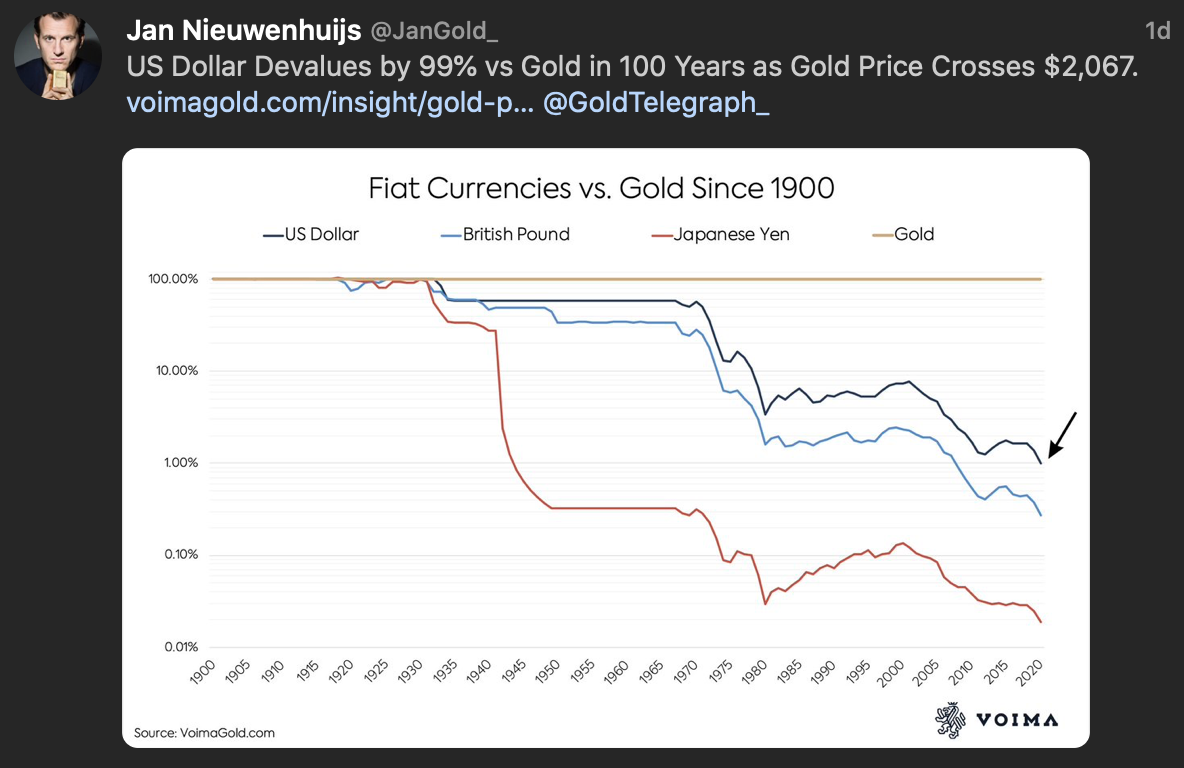 Markets are starting to lose trust. 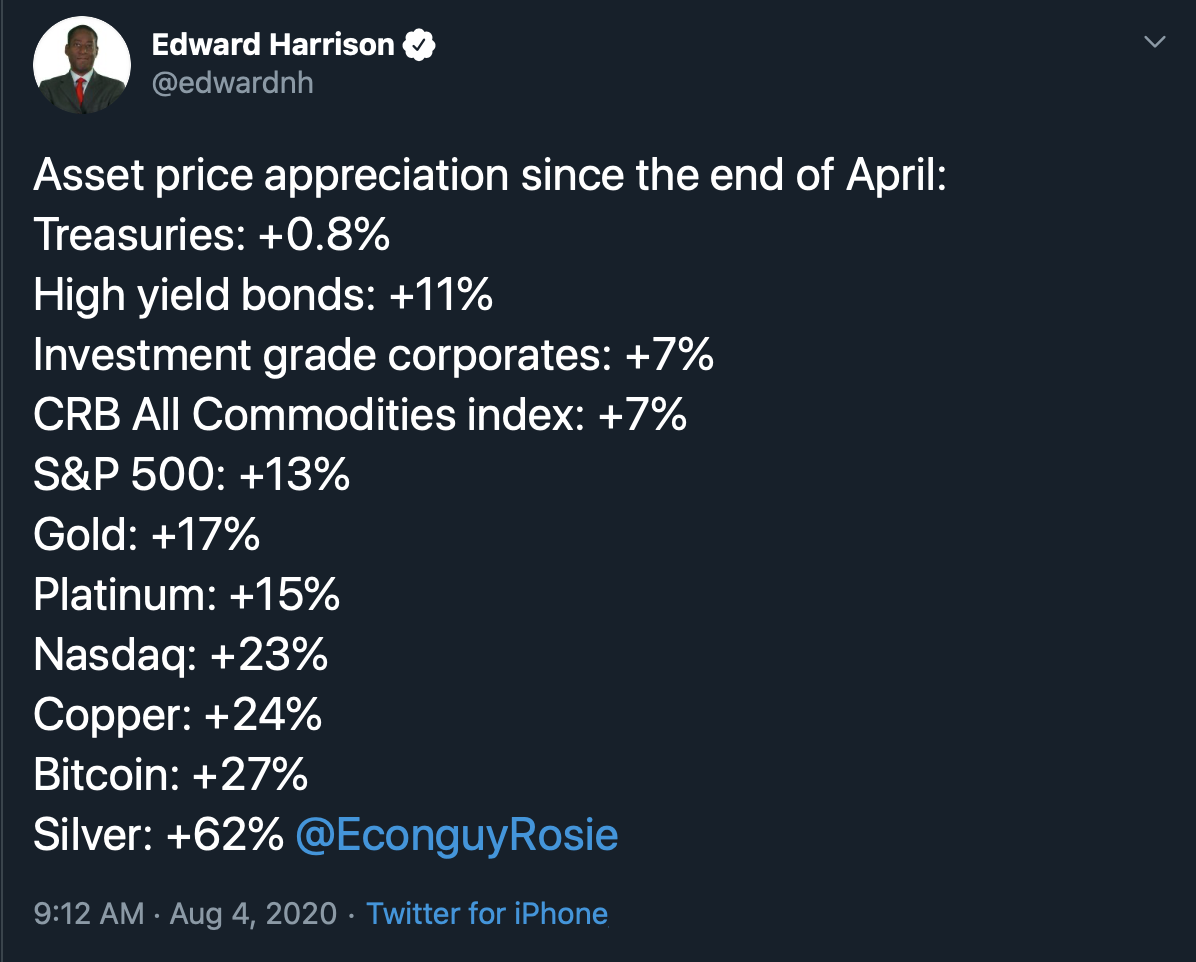 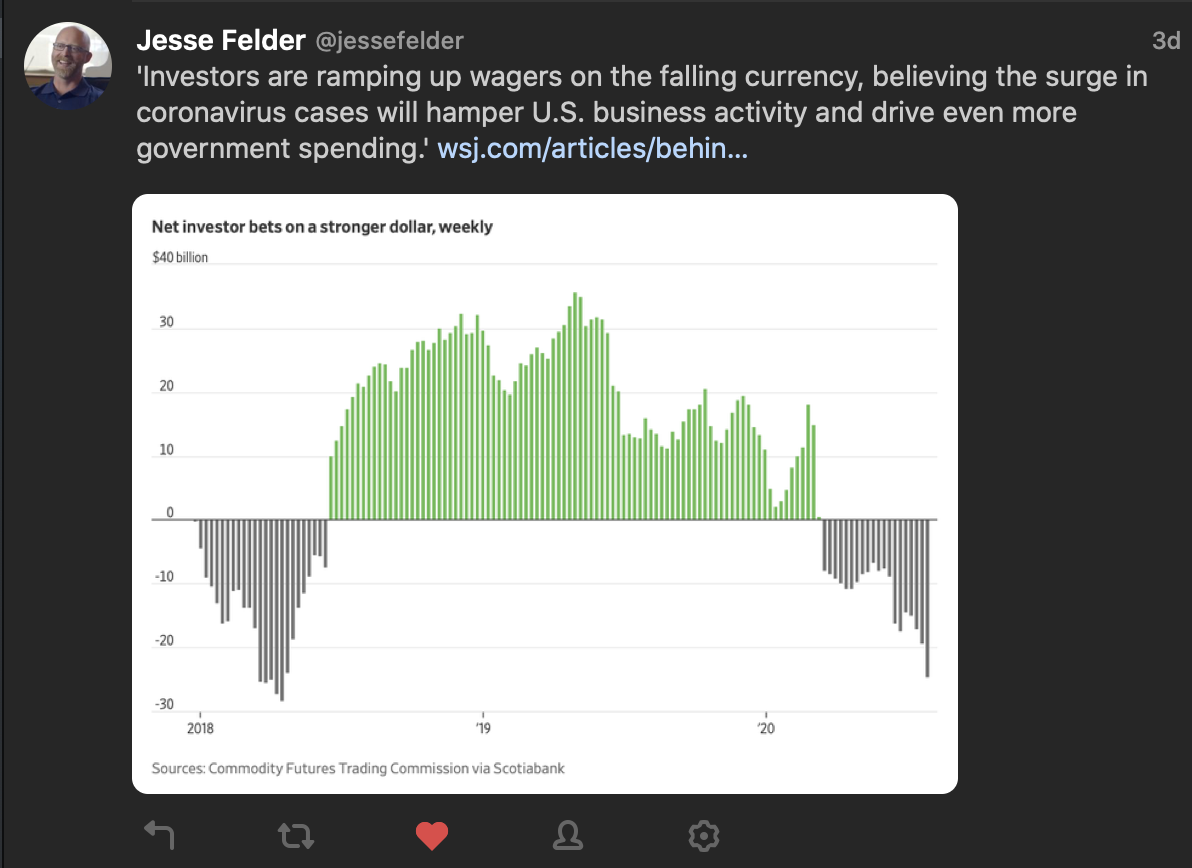 Gold also does well when rates go to zero, and as opportunity costs increase for sitting in negative yielding treasuries. 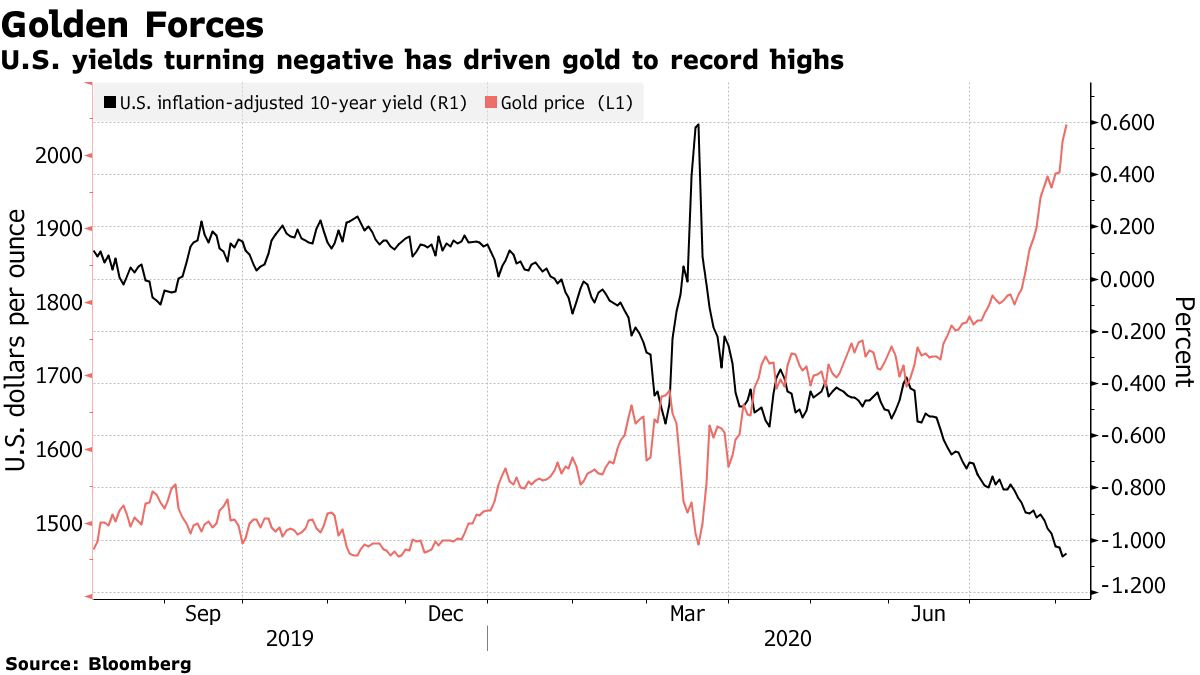 The Fed is trapped. And can’t afford to let rates rise. 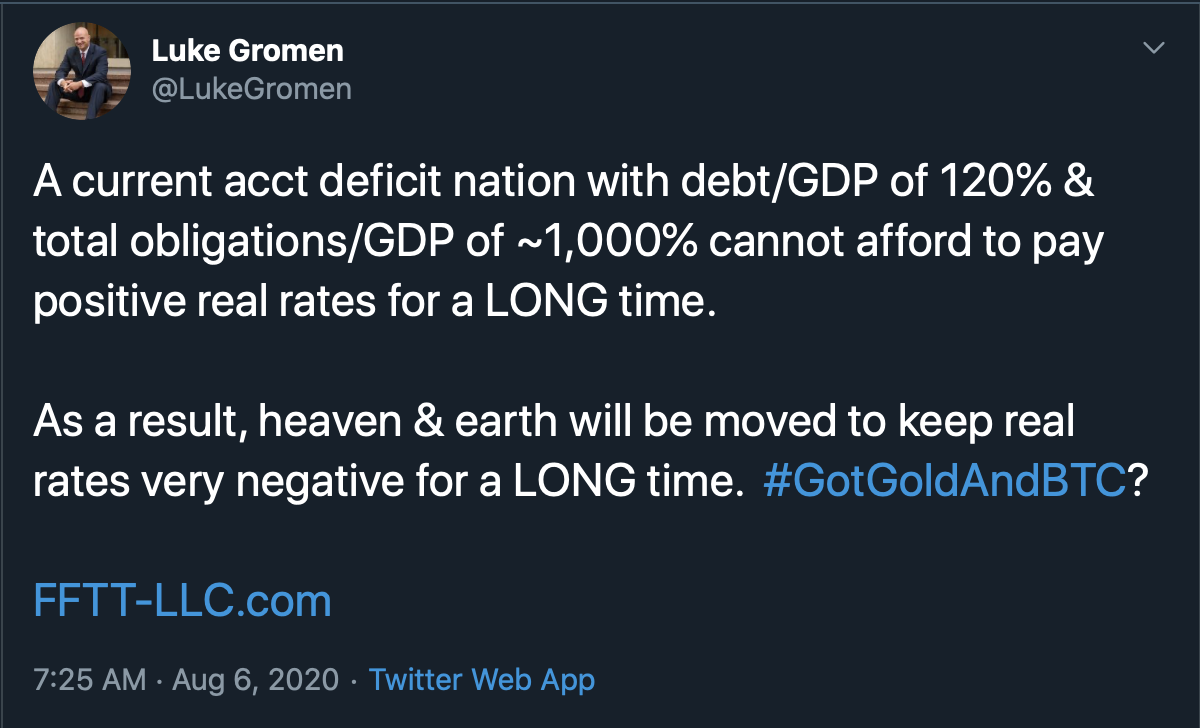 Which means continued strength for gold as investors seek a safe place to park their assets. 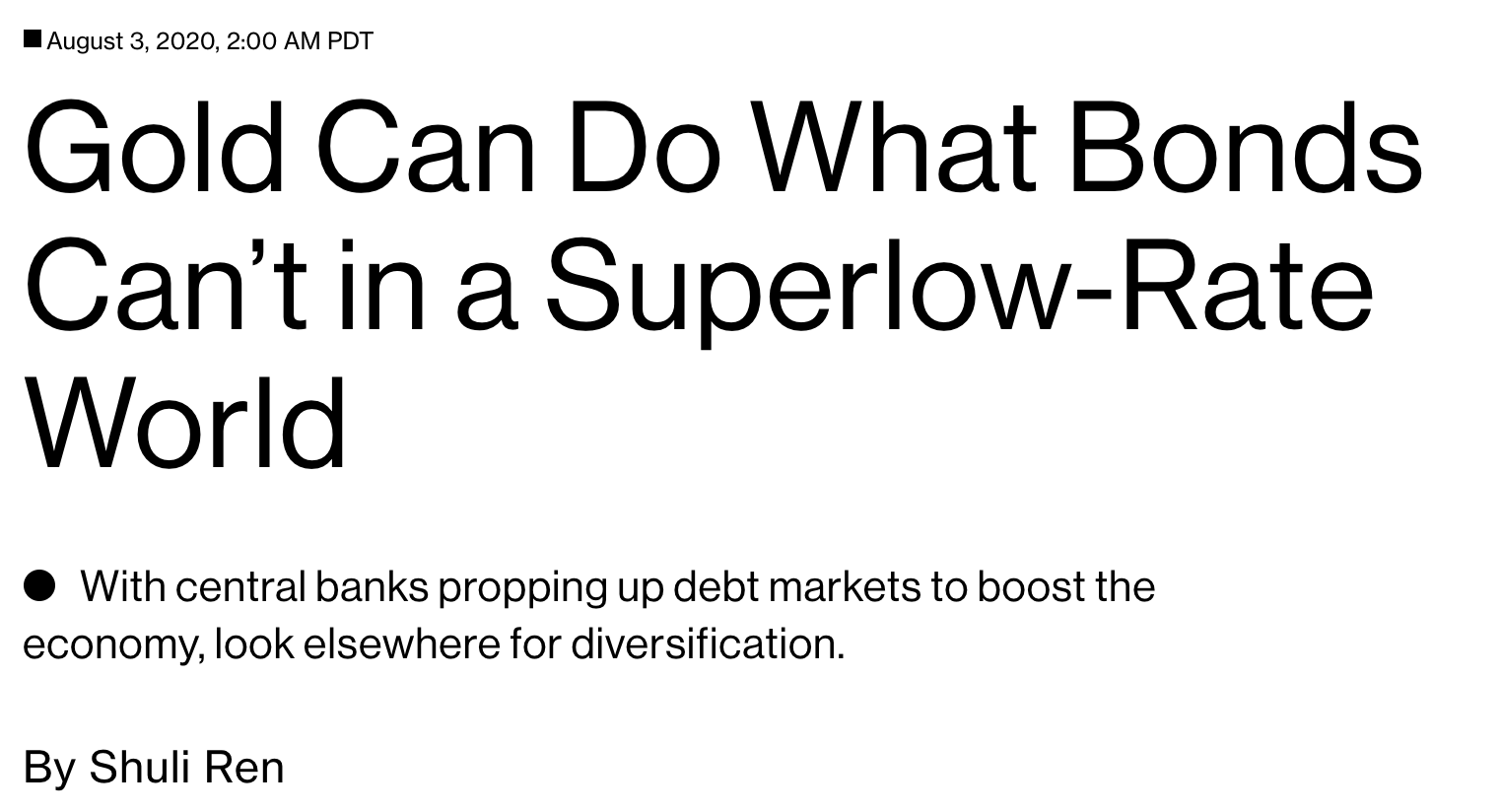 Everyone is bullish on gold. 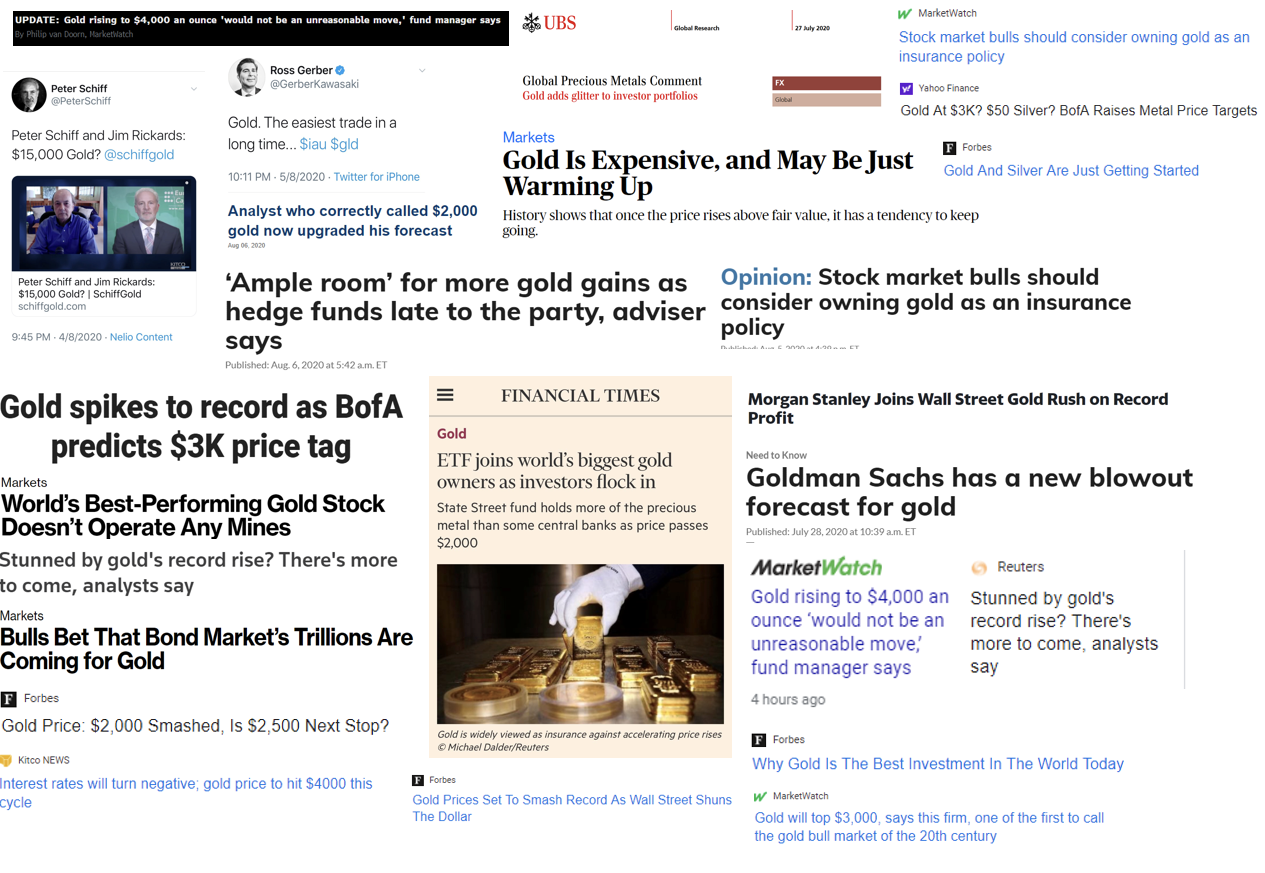 But it makes up only a small % of portfolios. 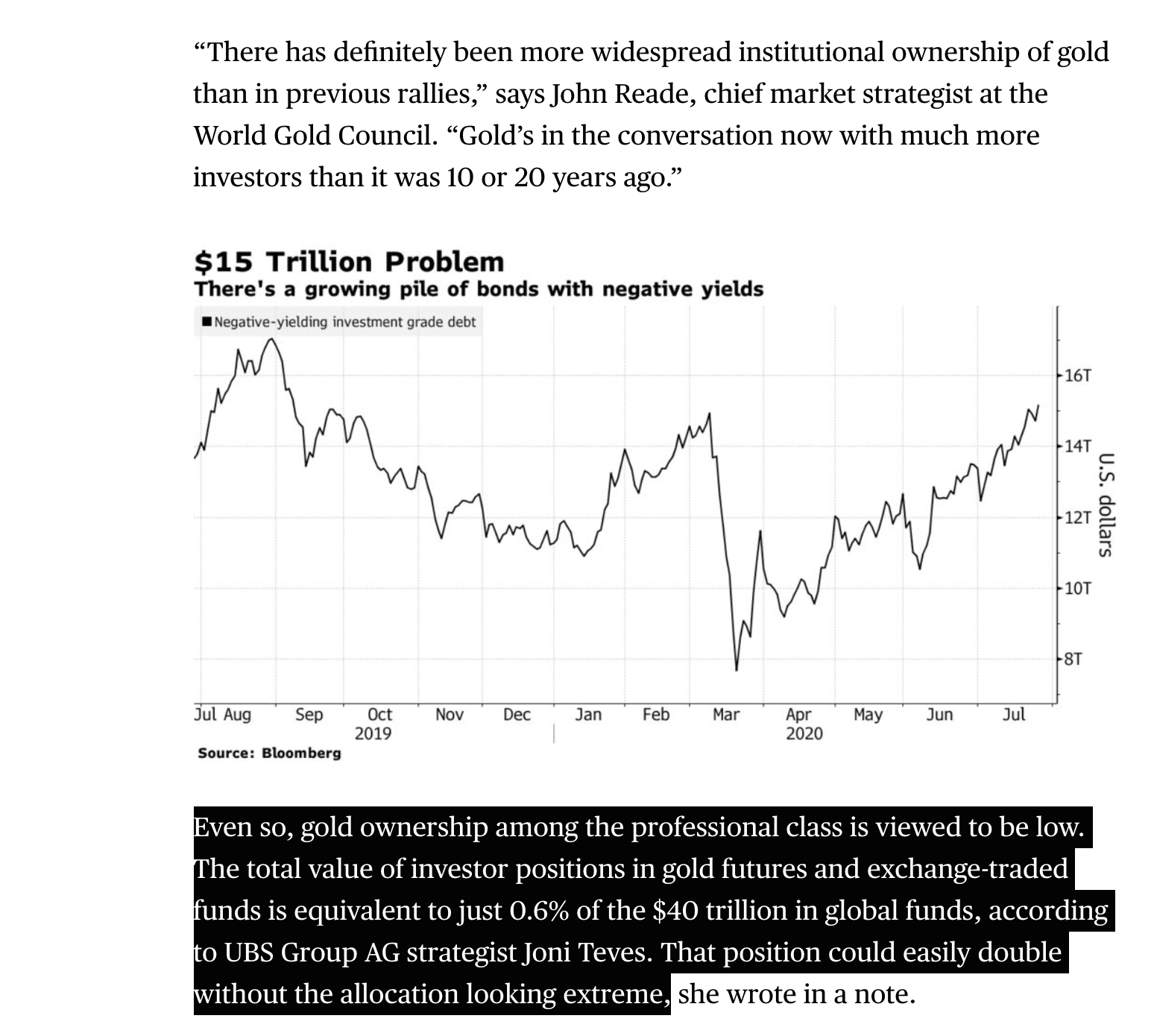 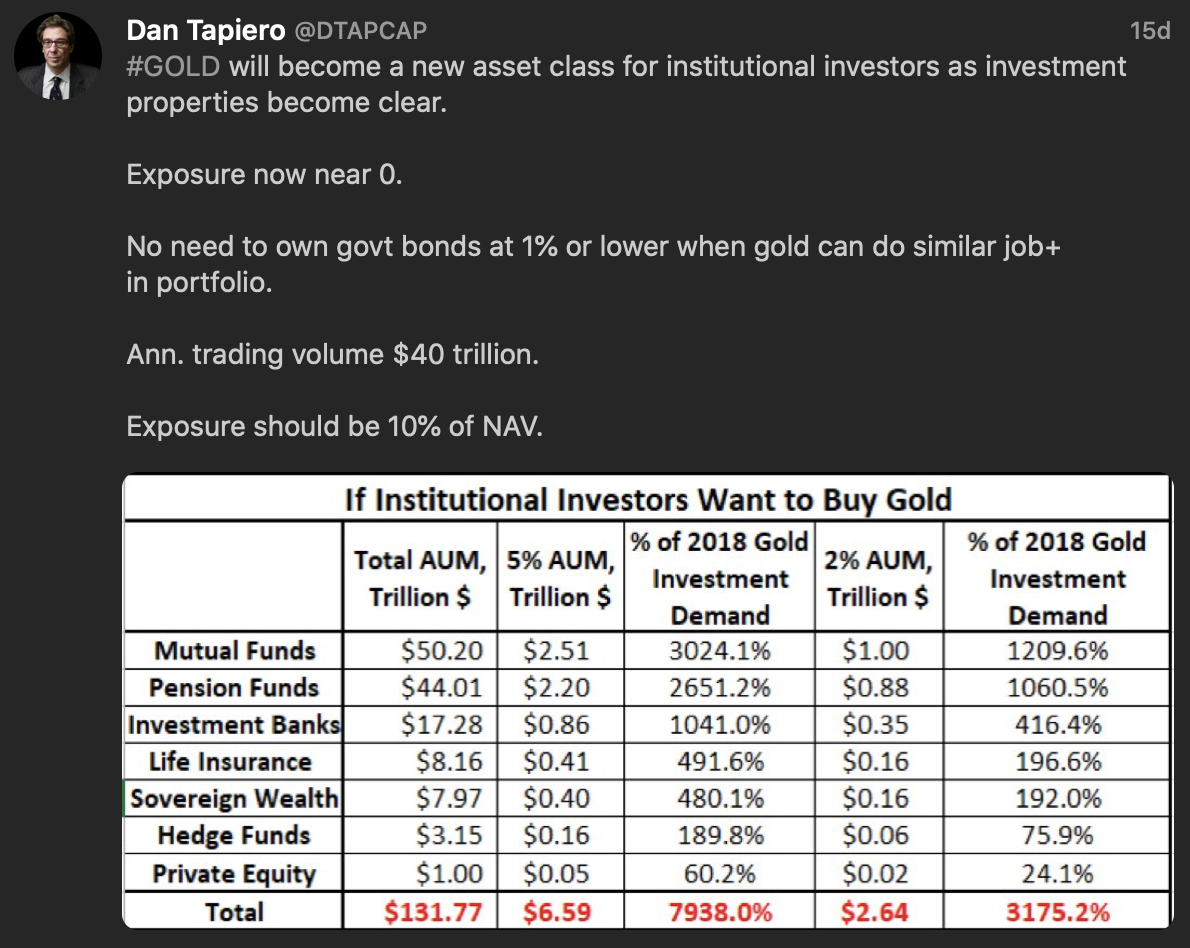 What about Bitcoin? The current market cap is 2.5% the size of the gold market. 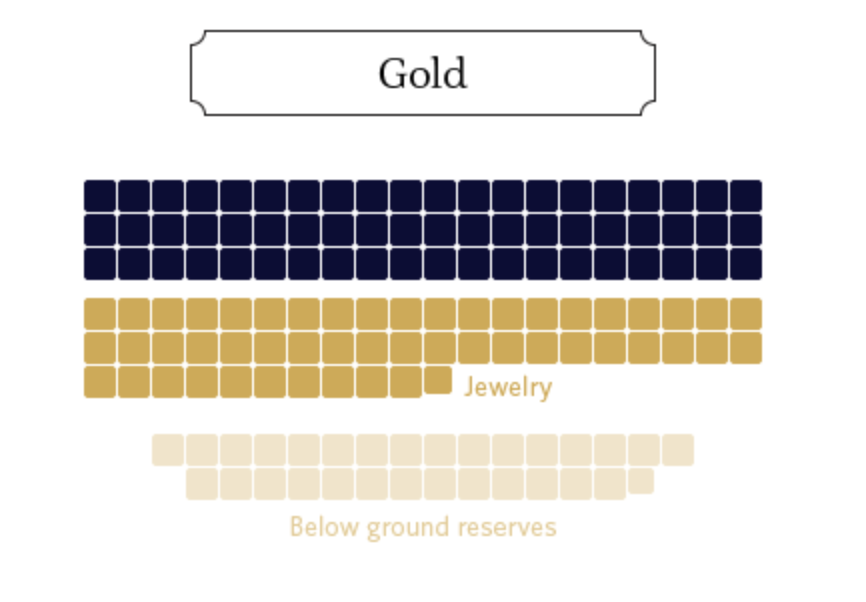 What happens when people start treating Bitcoin like Gold? 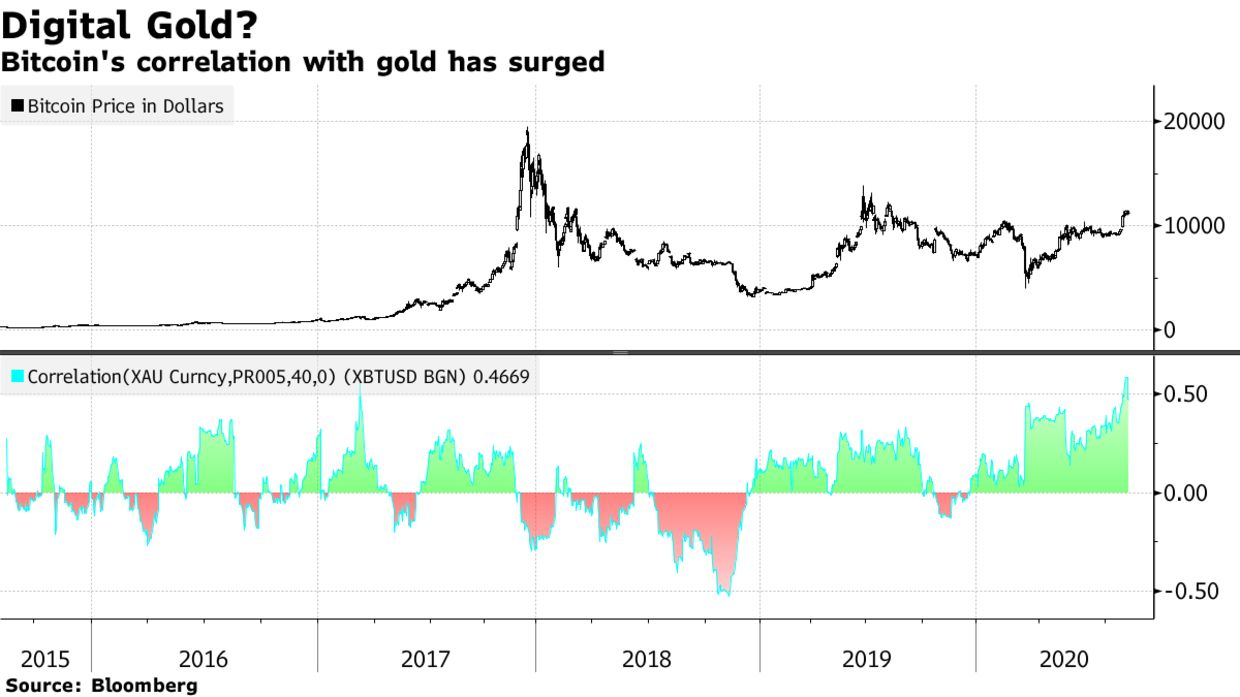 There is a lot more upside to Bitcoin than gold. 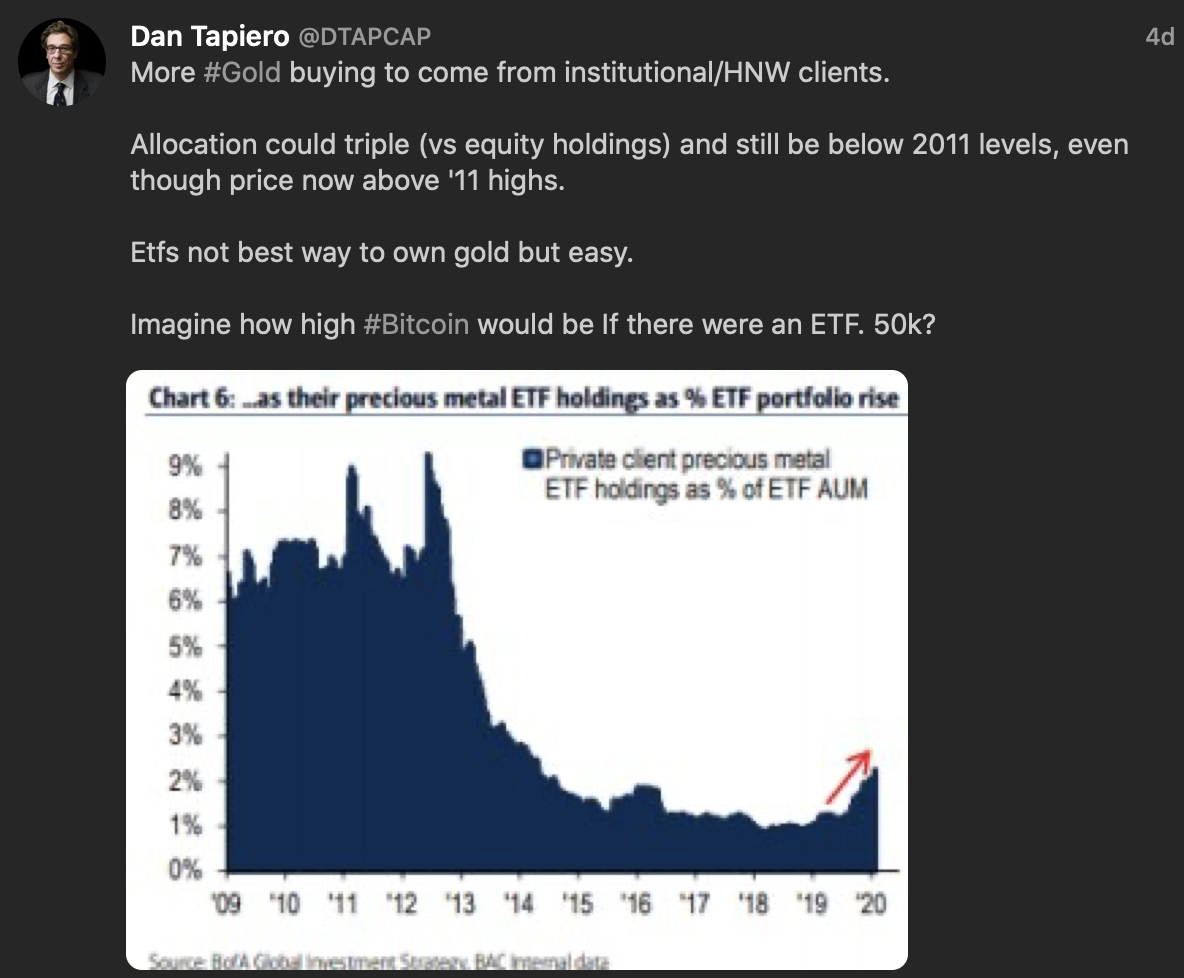 In fact, institutional investors are starting to move into Bitcoin. 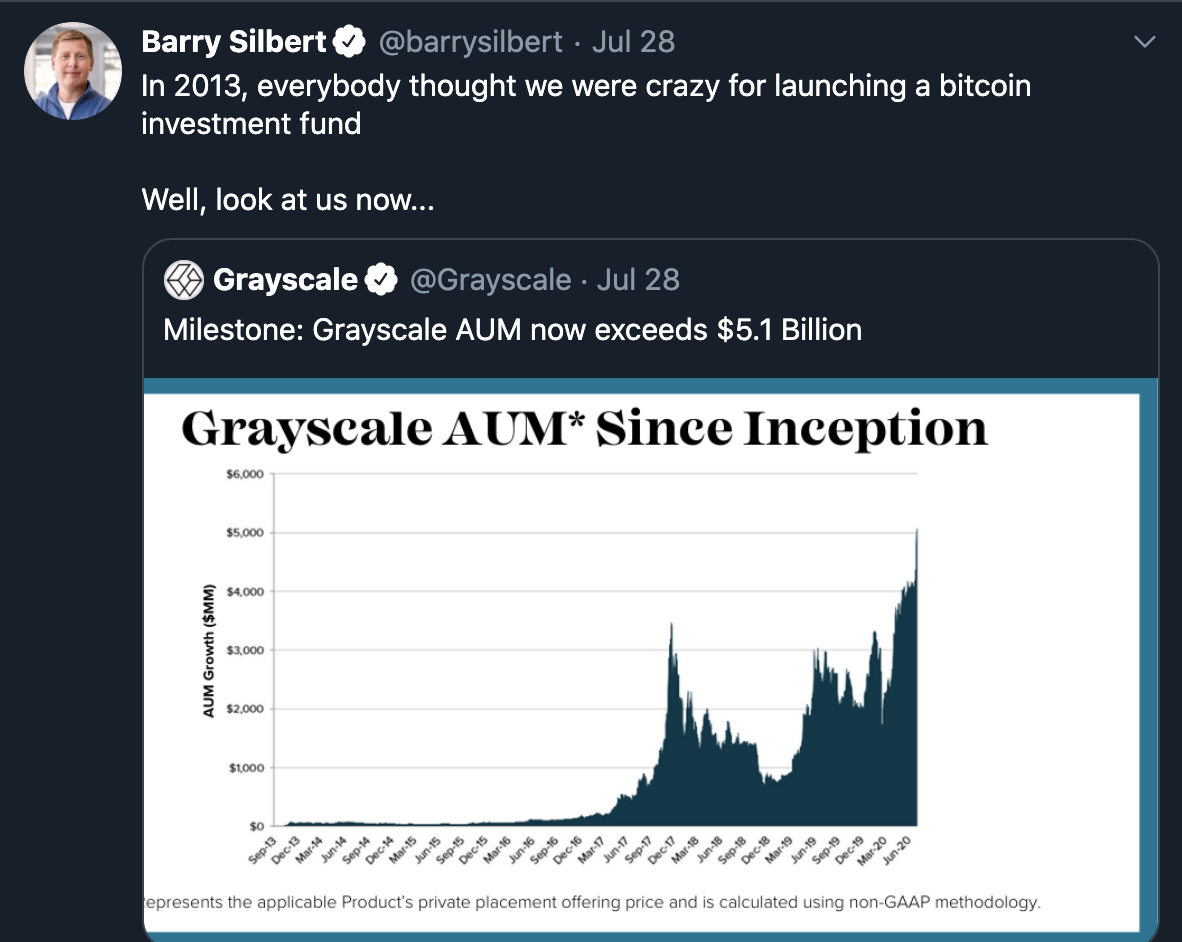 And so are corporations 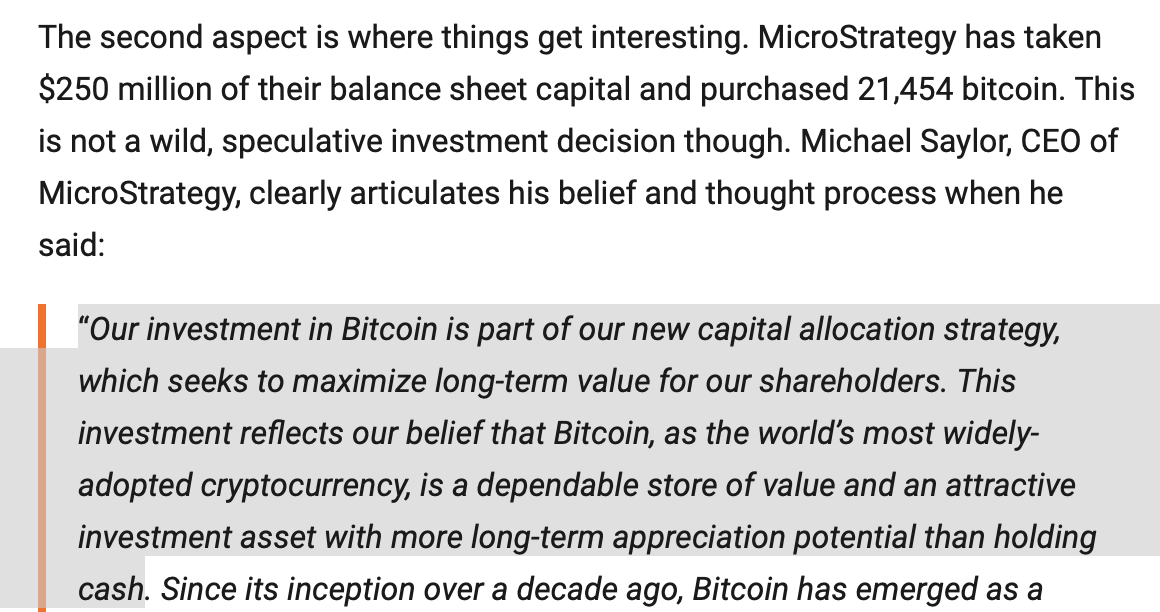 Crypto is here to stay.

With just a modest allocation, Bitcoin can dramatically increase both risk adjusted and absolute portfolio returns. 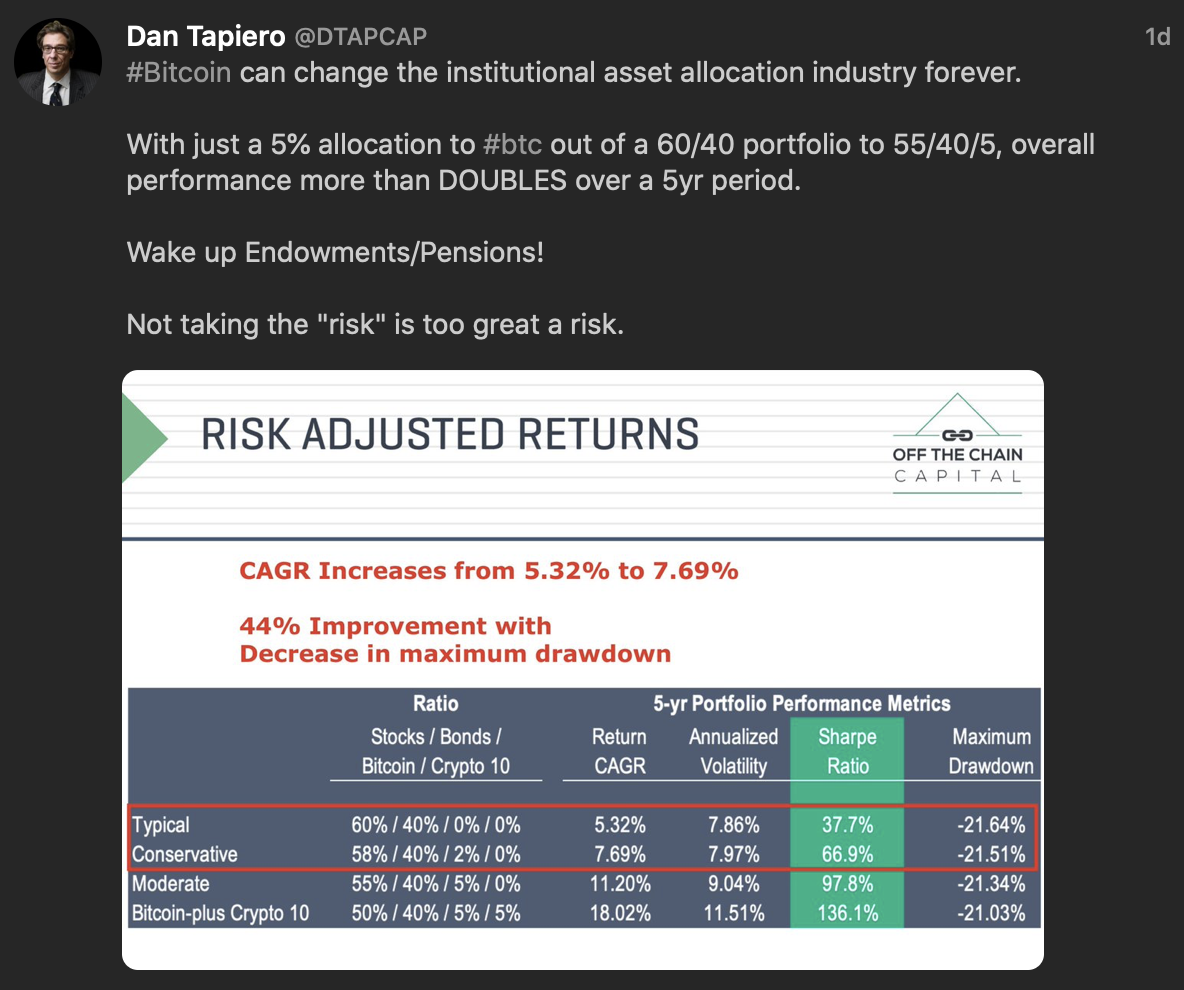 It’s also better than gold as a hedge against central banks. 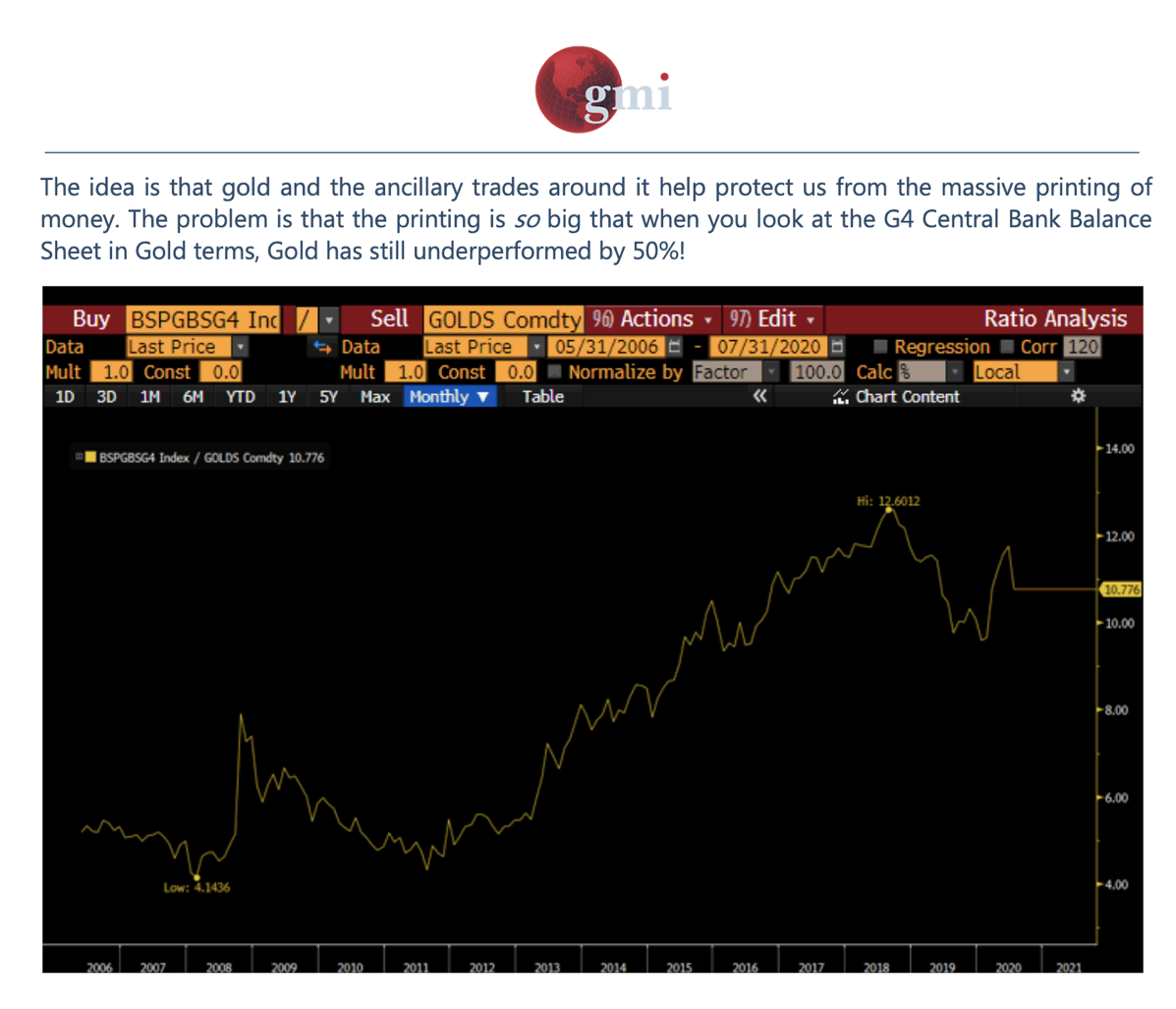 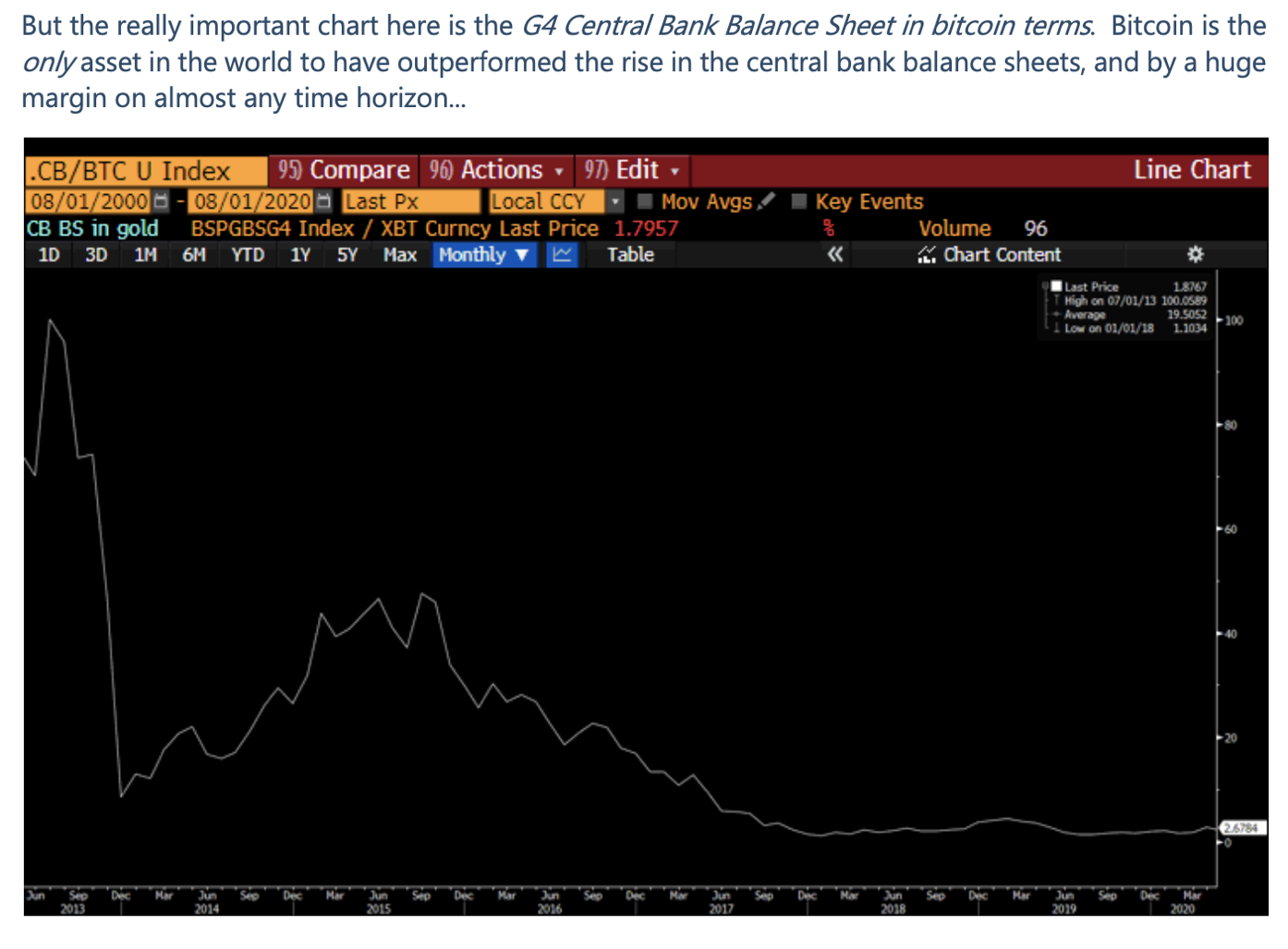 At this point, I feel like it would be irresponsible NOT to have a huge allocation to Gold and Bitcoin.

And that my friends, is the Doom Portfolio.

What could go wrong? 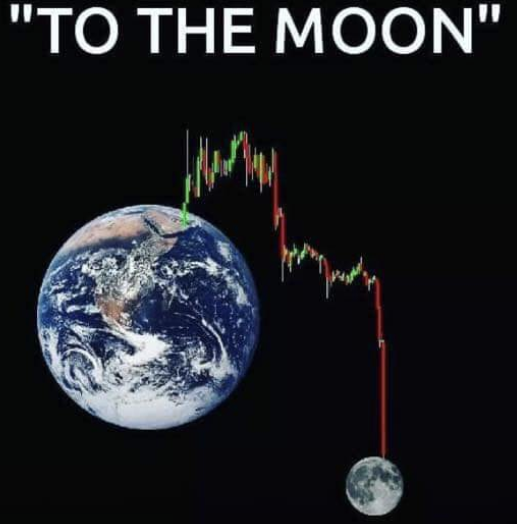